Today is Chinese New Year, ushering in the Year of the Horse! In honour of this occasion, I am doing a special extra feature on cinematic riding clothes….

Needless to say, there are countless characters in movies who ride horses – so I’ve just chosen a select few examples with what I consider to be particularly nice riding wear. 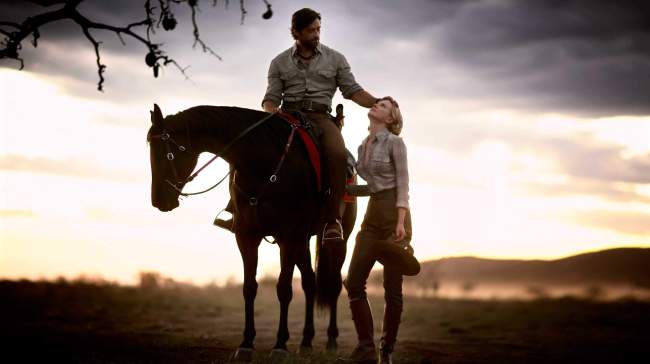 Hugh Jackman as “the Drover” (as he is called throughout the film) looks entirely at home in the saddle, thanks in part to his riding-friendly attire: 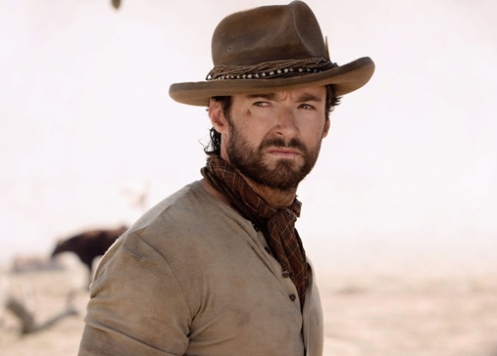 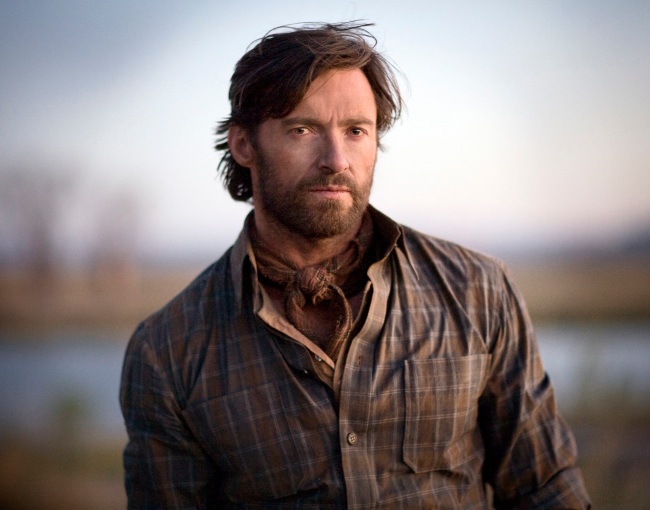 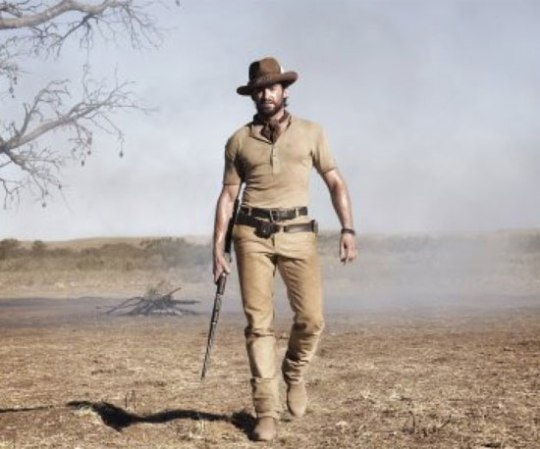 As for Nicole Kidman’s character Lady Sarah Ashley, she starts out like this….

…but gradually gets down and dirty, transforming into this: 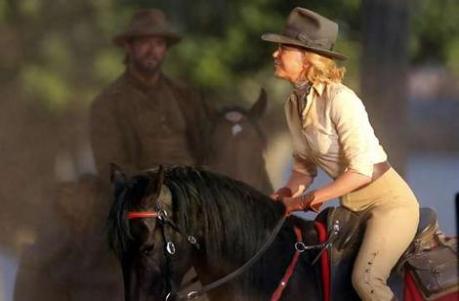 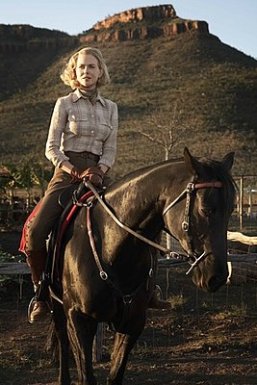 On a comparable cinematic note, we have Tom Burlinson in The Man from Snowy River (1982), evidencing similarly Australian style: 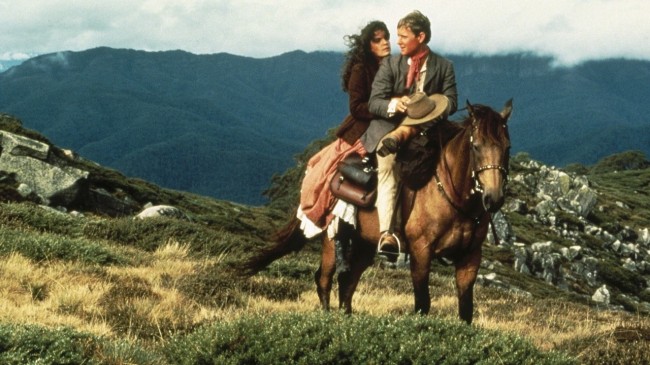 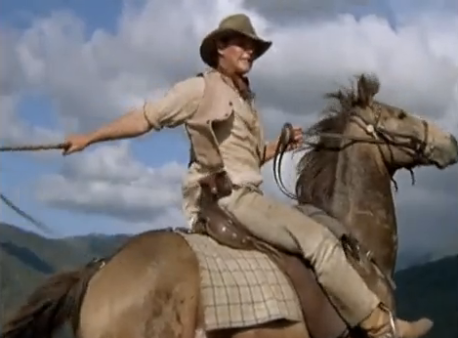 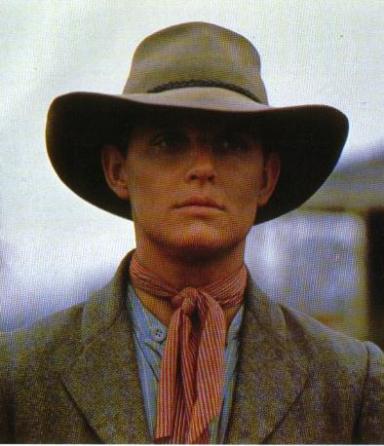 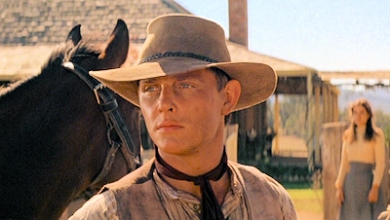 Best of all is the hat… his signature “brim-tugging” salute tugged at hearts as well! 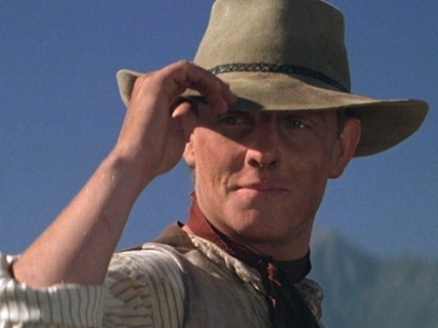 The sequel, Return to Snowy River (1988), is (in my opinion) a much less memorable movie overall, but Jim Craig does at least get to work the hat again: Back in England, we have Sean Bean in jodhpurs & tweeds in Black Beauty (1994): 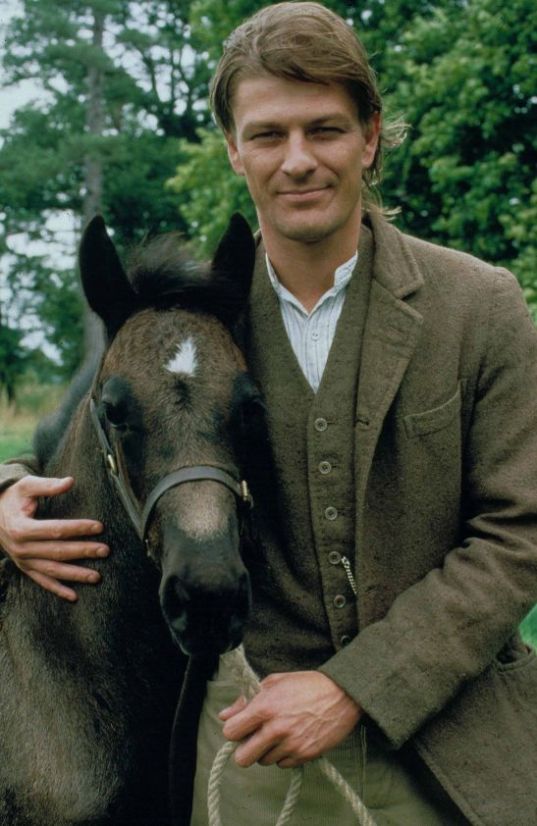 And in The Black Stallion (1979), Kelly Reno breaks in the horse whilst wearing next to nothing, then dresses in cute 1940s newsboy-type apparel back home, & finally dons his trainer’s old-fashioned jockey “silks” for the big race: 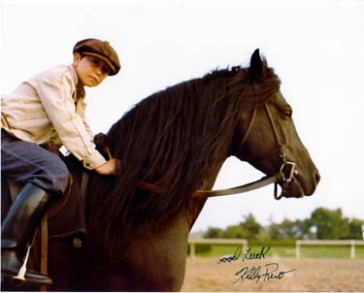 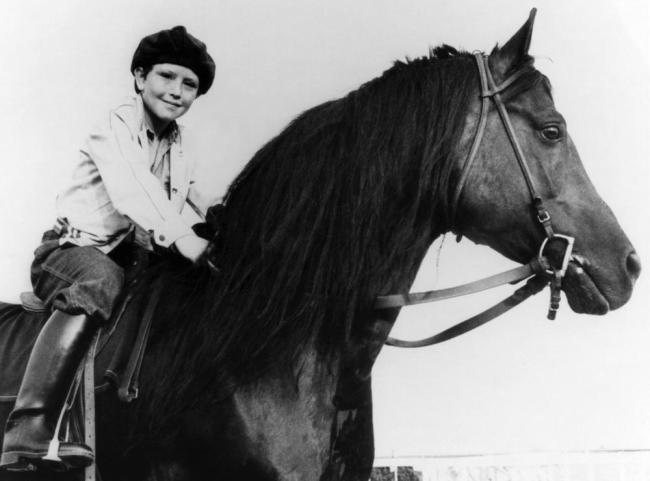 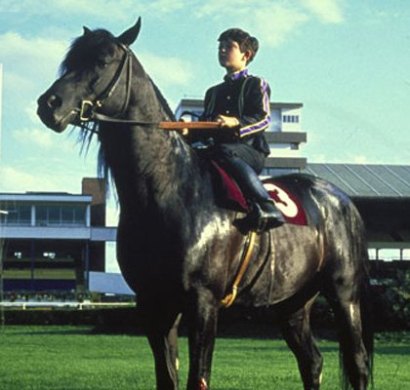 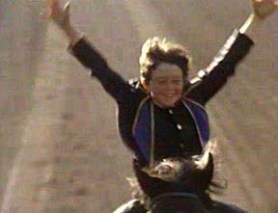 Finally, there’s Viggo Mortensen in Hidalgo (2004), about which an acquaintance once commented, “I like the tight trousers!”: 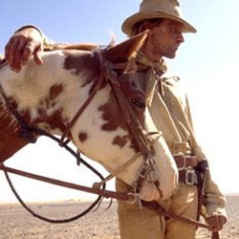 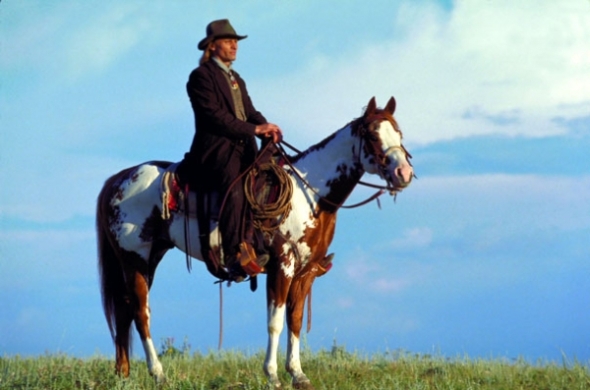 But for sheer horsy amazing-ness, this scene from The Man from Snowy River takes the cake, I think….

Gung hay fat choy! & wishing you a wonderful Year of the Horse!

* Cinemattire will be going on holiday for a little while…. If you are in urgent need of ogling cinema couture, please feel free to peruse past posts! *

7 thoughts on “Year of the Horse: Cinematic Equestrian Wear”