I have to add a short P.S. on the Oscars last night, which is unrelated to costumes….

Having already noted that I do not particularly relish the overindulgent fiestas of the celebrity world, I sure do appreciate it when one attendee takes on the jester role! Here is the endearingly offbeat Jennifer Lawrence, doing what I like to think I would do, if occupying the sort of echelons to be invited to one of these gigs:

~ not taking oneself too seriously, even after falling down ~ 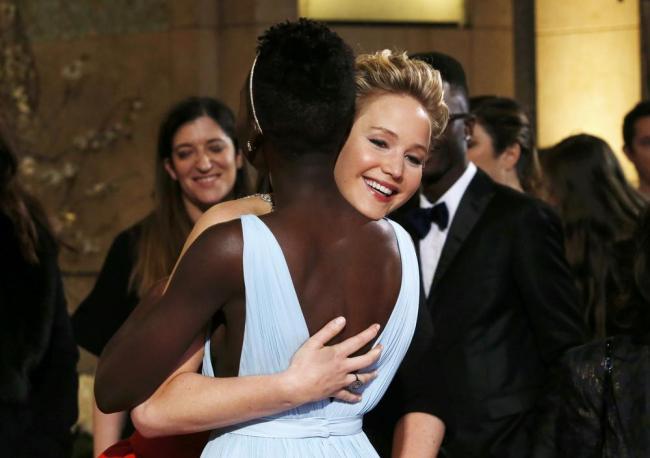 ~ being humorous and unstilted onstage ~ 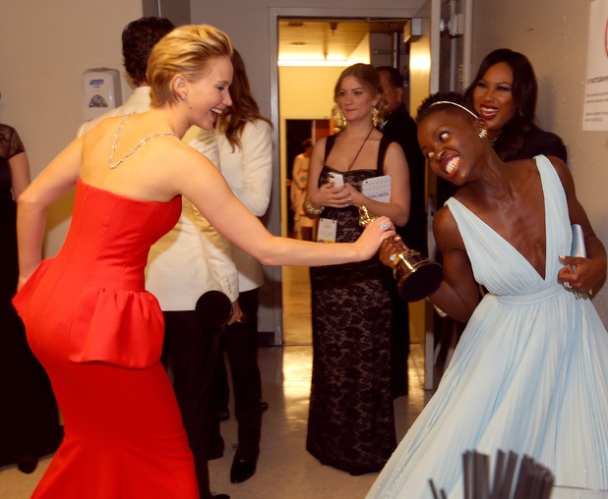 ~ joking around with peers ~

Bravo for those who march to their own drummer! 🙂

2 thoughts on “A special Oscar, for the Ability To Remain Quirky in the Presence of Pretentiousness, goes to Jennifer Lawrence”