Almost Perfect (2011) is an interesting little film…. At first, I was kind of non-committal about watching it – but as the film progressed, I started to have a genuine appreciation for its sweet, unassuming charm.

Firstly, virtually all the leads are Asian-American, which is so rewarding and refreshing. Honestly, it’s about time, filmmakers!! I myself grew up in a very multicultural and predominantly Asian community, so watching this film felt like returning home. 🙂

Secondly, it’s a pretty “relatable” movie – the settings, activities, characters, and family dilemmas have a certain familiarity to them. I think it’s likely that many people could find at least one thing they’ve experienced in this storyline of relationship negotiations, 30-something angst, and mild family dysfunction!

And now for the costumes…. Well, it’s not Elizabeth: The Golden Age, folks! I.e., there are no “costumes” here at all, per se. However, I always enjoy profiling “movie clothes” as well as “movie costumes”, and these ones just feel so comfortable.

Here are a few highlights:

1) Vanessa (Kelly Hu) ~ a mix of sophistication and earthiness (with some tops in very pretty shades of blue, incidentally!), plus some of the most beautiful hair I’ve ever seen on film

2) Dwayne (Ivan Shaw) ~ again, an appealing combination of chic and sporty; I particularly liked the grey-&-white baseball shirt he wore in two separate scenes, because hello! In real life we wear the same clothing more than once. (Unfortunately I couldn’t find an image of it, nor of his impressive Chinese-characters tattoo….) 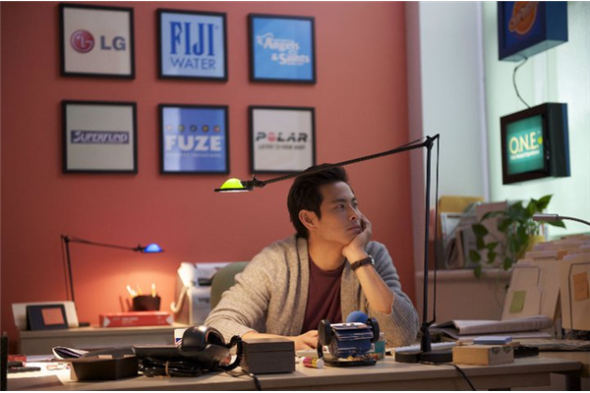 3) Andy (Edison Chen) [yes, he of Hong Kong photo-scandal infamy] ~ youthfully disheveled style all round, two clever little “CAPITALIST” and “COMMUNIST” tees which made me smile, and best of all… wait for it… an ascot!! 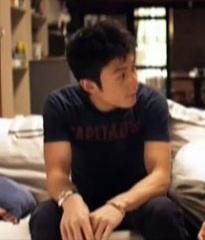 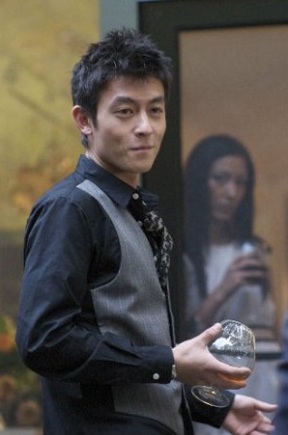 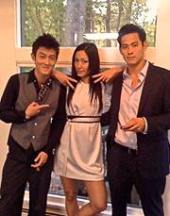 Here are some further images of the characters in all their contemporary urban fashions: 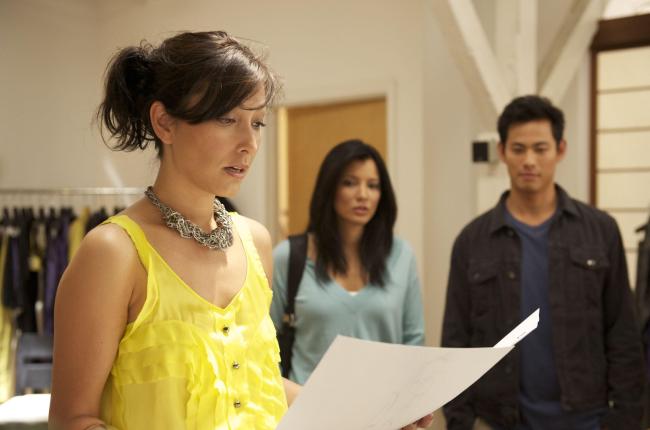 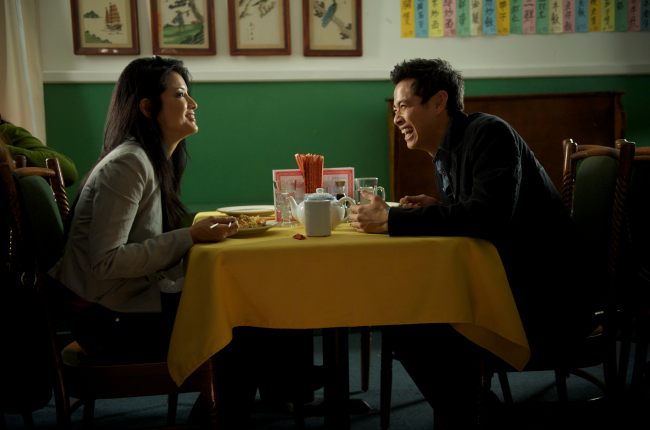 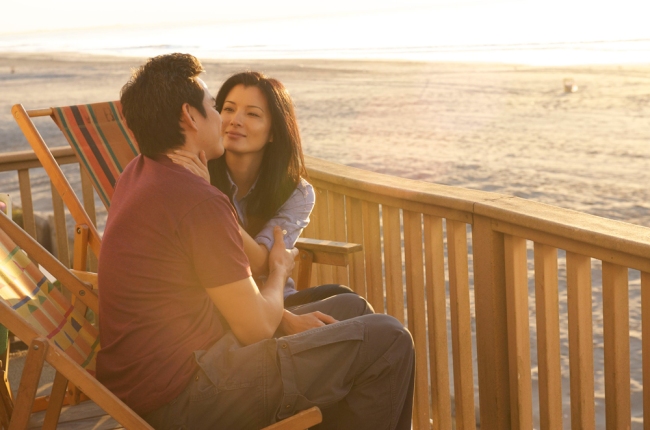 See? There are little tiny costume gems of all different types, wherever one chooses to dig for them. 🙂