The film Amelia (2009), based on the life and accomplishments of famous aviatrix Amelia Earhart, has been rather unjustly overlooked, in my view. In spite of the fact that it garnered mostly negative reviews, I found a number of things to enjoy in this movie.

Firstly, Hilary Swank’s physical resemblance to Earhart is uncanny, giving one the rather enjoyable sensation of actually watching Amelia herself in action. Boy, is it nice to see a female lead with short hair, little to no makeup, strong facial features, and a somewhat boyish figure, who still looks amazingly attractive! (And a side note: I do love the way “Earhart” is pronounced “Air-heart” – isn’t that apt?)

Secondly, this movie certainly contains some of the more aesthetically beautiful cinematic portrayals of flight, reminiscent of the flying scenes in Out of Africa (albeit without the famously lush soundtrack!). And speaking of soundtracks, there is surprising restraint in that area – the scenes are sometimes left largely to themselves, without any noticeably overarching melodic accompaniment tugging at the heartstrings. (Not that I dislike intensely melodic soundtracks – au contraire, I love them! But the lack of anything too overtly “earworm-ish” gives this biopic a slightly more realistic feel in places.)

And then there are the COSTUMES… did you see that coming? I am a huge aficionado of both aviation-wear and 1930s clothing in general, and thus drank in every single costume in this film with the greatest delight. 🙂

Amelia’s “uniform” generally consists of trousers (modern lady that she was!), a button-down shirt, a patterned silk scarf (and if you like silk scarves, this movie is a gold mine), & a leather jacket. Simply fabulous fashion! 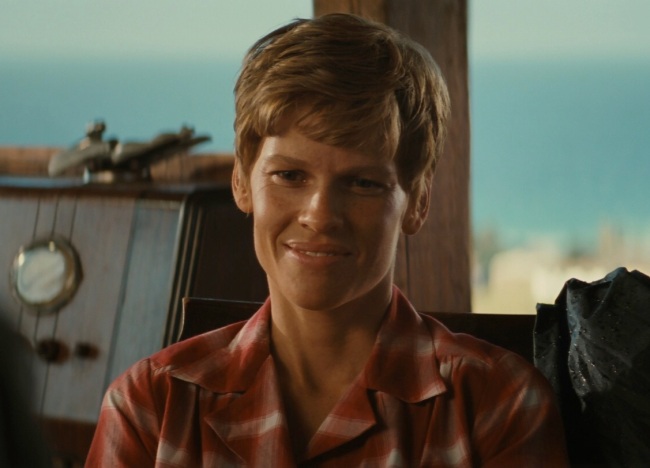 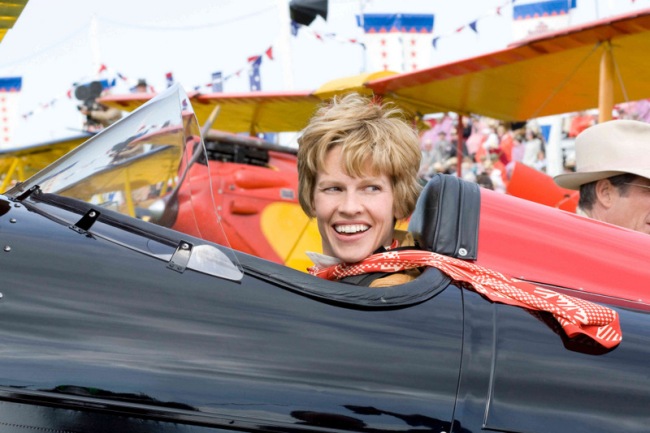 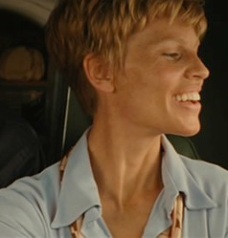 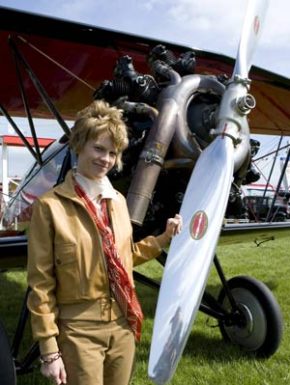 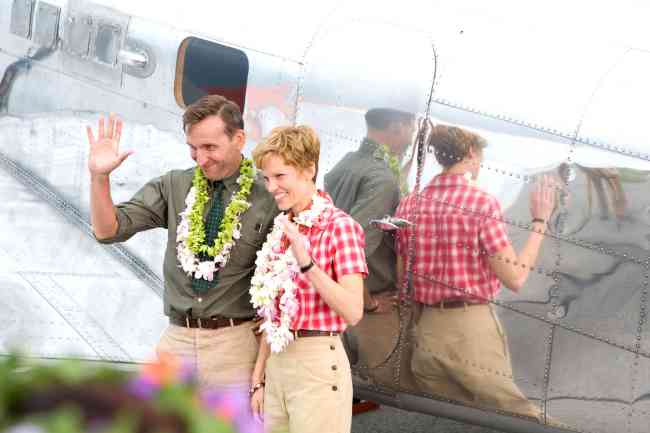 Sometimes she also wears overcoats, flight caps, goggles, and/or overalls, one set embellished with her initials on the back: 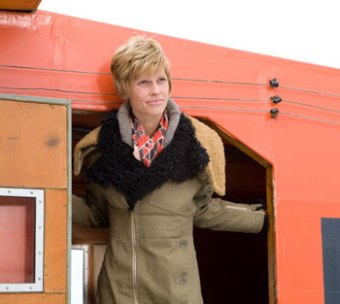 And in addition to all this glorious tomboy wear, Amelia looks just as good in “lady clothes”: 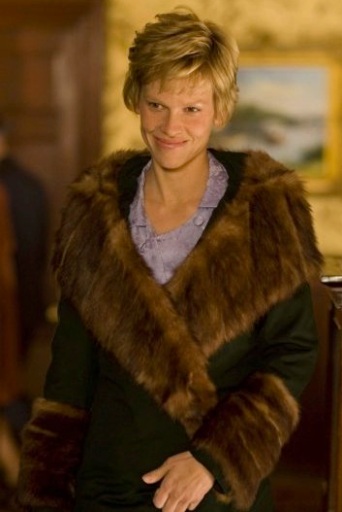 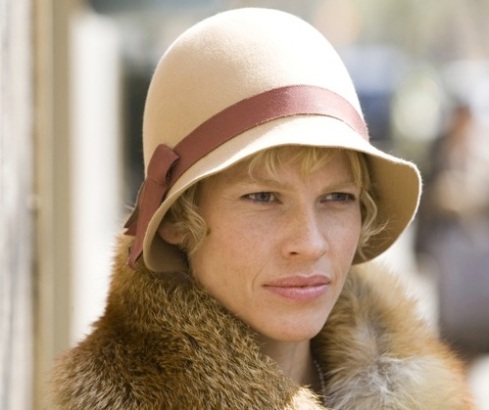 Handsome silver-haired Richard Gere, playing Amelia’s husband George Putnam, gives what I found to be an appealingly understated but also heartfelt performance. He gets to look fetchingly undone in several jacket-less scenes: 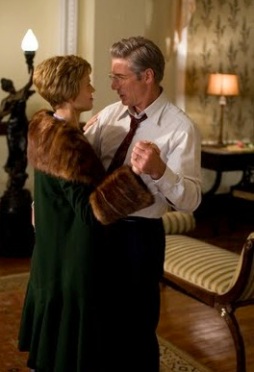 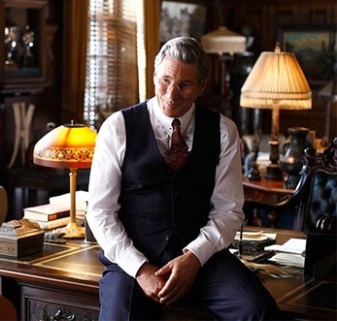 And finally, a nod to the pretty costumes on Mia Wasikowsa, playing Elinor Smith. (I almost didn’t include these, because despite my adoration for Mia W., her character as portrayed in this film is neither particularly relevant nor overly likeable – but the black dress with red Deco jewellery & the red cloche hat were too good to leave out!): 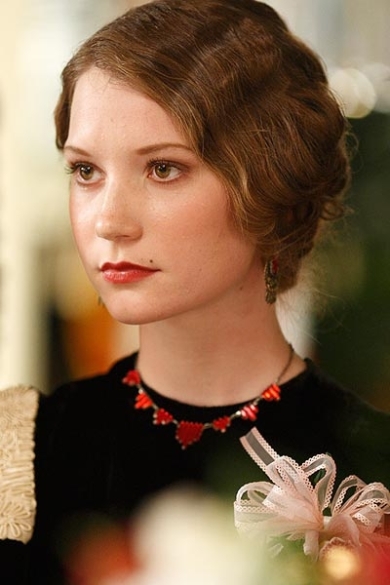 All in all, my two cents is that this movie would be worth watching even if just for the aesthetics alone (those silver planes!!), especially the period-appropriate costumes, regardless of whether it’s the “definitive” biopic on AE. For more on the film’s unsung appeal, here’s a nice review I found:

Whatever its shortcomings, Amelia is still, in my view, a memorable cinematic tribute to a great lady!

P.S. Did I mention the Swank/Earhart resemblance? Check these out…. 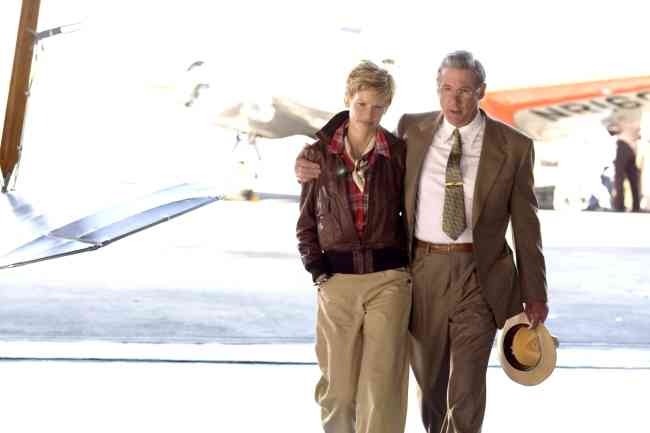 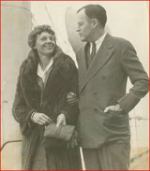 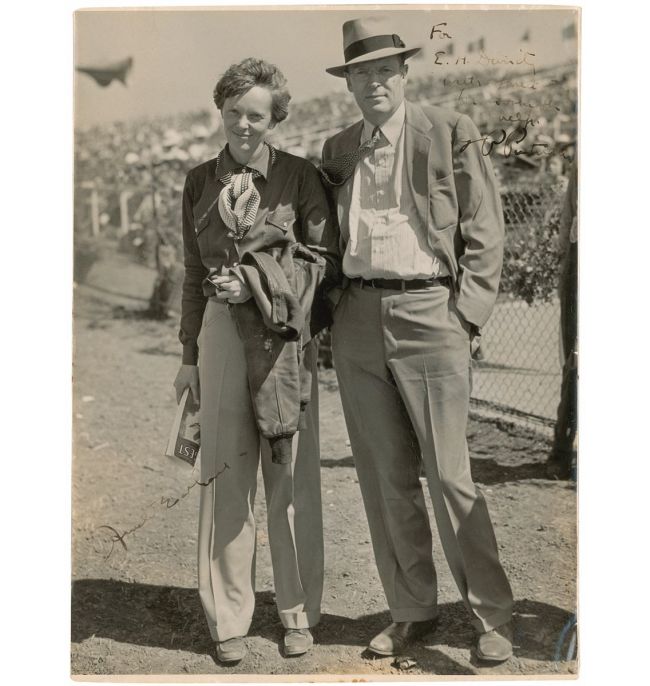 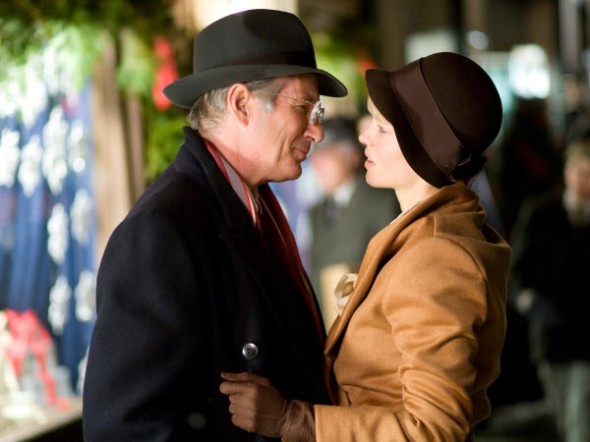 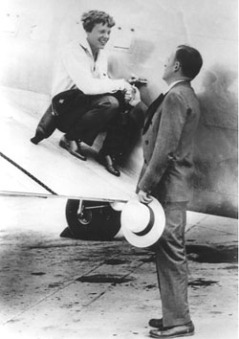