At this point, it is surely no secret that I’m rather enamoured of 1940s costumes. So I’m going to be presenting a little trio of Style Snapshots, from movies either filmed or set in that era….

For today, we have a costume from Housewife, 49. It’s not a dress, nor a blouse-&-skirt ensemble, nor anything one might expect. Curiosity piqued yet? It’s a…. 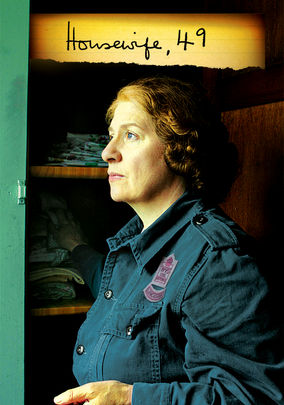 Obviously, I’m not the only one who found this particular outfit memorable, since it made it to poster-status!

But here I have a small confession to make: yes, I must admit that when I first saw it onscreen, I thought, “Oh, look! A boilersuit!” I was quickly disabused of this notion, however, because when another character in the film spots Nella in the midst of the mayhem caused by the Blitz, she makes the following – rather quotable – comment:

“Do my eyes deceive me, or is that a siren suit?” (But wait… is the comment actually quotable, you ask?) Well, perhaps not, given the long-waned popularity of the siren suit. And yet, there was a time when they were ubiquitous, and worn even in the highest of places! Don’t believe me? Here is some evidence: 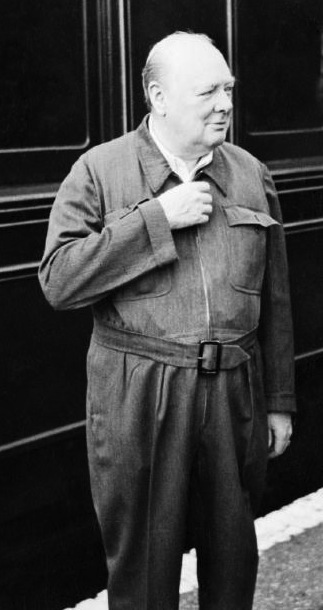 Indeed, Churchill himself was a great aficionado – indeed, an outspoken champion – of the siren suit. And as you can see, he had several varieties thereof…. More info on that can be found in these two very interesting articles:

To return momentarily to my quandary regarding nomenclature: the siren suit is (according to the all-knowing Wiki) “a one-piece garment for the whole body which is easily put on or taken off, originally designed for use on the way to and in air-raid shelters”.

The boilersuit, on the other hand, is defined as “a loose fitting garment covering the whole body except for the head, hands and feet” (basically, the equivalent of coveralls). Hmm… but surely a siren suit does the same thing. So perhaps we can conclude that all siren suits are boilersuits, but not all boilersuits are siren suits? Sounds like some sort of syllogism. (And just to add to the confusion, here is a small caveat, again courtesy of Wikipedia: “A more tight-fitting garment that is otherwise similar to a boilersuit is usually called a jumpsuit.”)

Moving along! We have it on good authority that Nella’s loose-fitting garment, which does indeed cover her whole body except for her head, hands, and feet, is a “siren suit”.

Here are a few period examples of this type of garment:

Most of them are in the same dark blue palette as Nella’s, but clearly there was the odd (!) exception:

And for all the sewers out there (i.e. people who sew, not sewage-pipes! I’m actually rather fond of siren suits, and have no intention of throwing them down a drain): 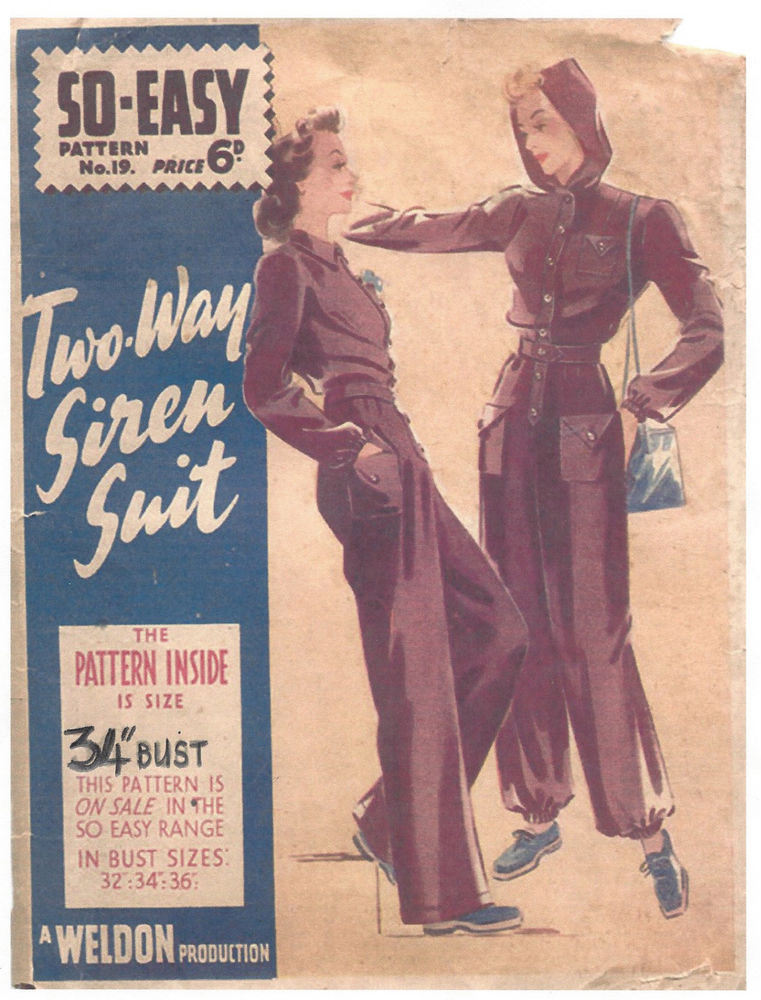 Now, I feel compelled to add that the second comment to occur in Housewife, 49 regarding Nella’s attire is less-than-flattering. Later in the film, the same character (Mrs. Waite) refers to the suit retrospectively as “that ridiculous garment”. Hardly fair, in my view, for an article of clothing that was even designed by such fashion luminaries as Schiaparelli… 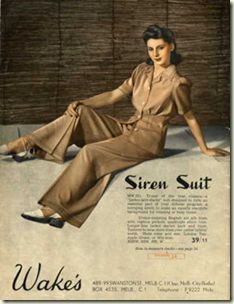 Finally, lest you fear that the siren suit has slipped into complete and undeserved oblivion in these days of rampant polyester and general depravity, here is a modern take on the style:

So, are you planning to drag out the old Singer and whip one up? If so, you’re in luck! There’s a modernized pattern for you: