…or more specifically, ses cheveux! (That is to say, her hair.)

This particular Style Snapshot is focussed on the main character (played by Michelle Williams) in Suite Francaise (2015).

There were several things I genuinely appreciated about this film, but they all relate to its humanism and “realisticness” – perhaps not surprisingly, considering that the film is based, not quite on a true story, but on a story written by a person who personally lived out a poignant corollary to certain of the fictional events. (For further details, I urge you to read up on the author of the book on which the film is based: Irène Némirovsky….)

Film-costume-wise, what captured my attention was the refreshing simplicity of Lucille’s appearance. Unlike many cinematic ’40s heroines, whose depiction often verges on the “pin-up”, Lucille is definitely given a more natural, less adulterated appearance. She wears modest attire and very little makeup, whilst her habitual hairdo… 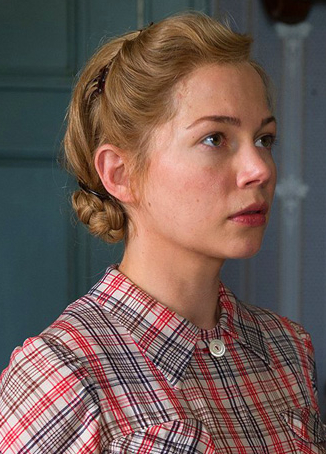 It’s a simple, practical-yet-beautiful arrangement, without any excessive curlicues or victory rolls that would be at odds with Lucille’s personality and general approach to the world.

Here is an array of photos of Lucille’s hairstyle, which tends to remain the same whatever she is wearing: 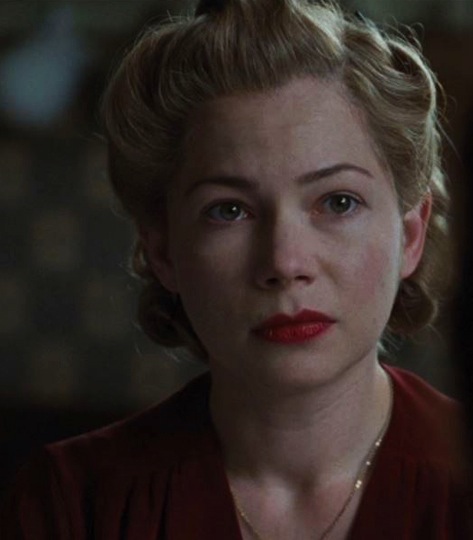 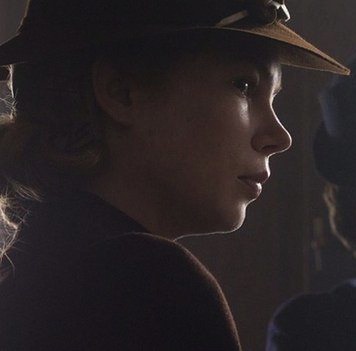 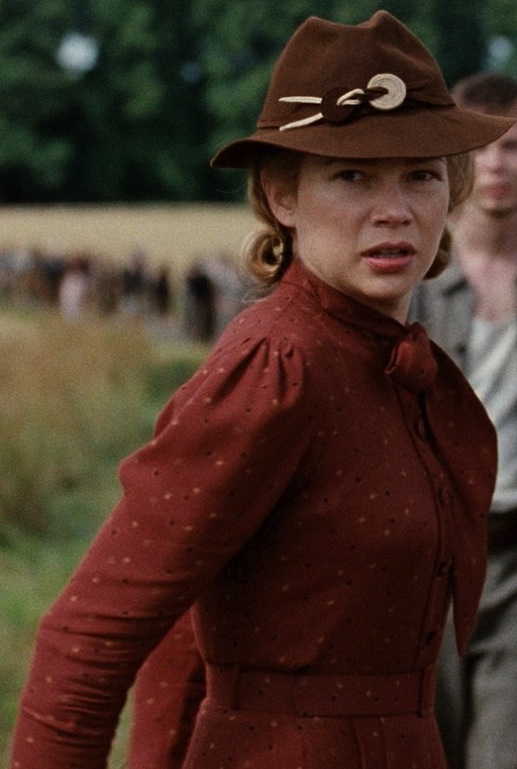 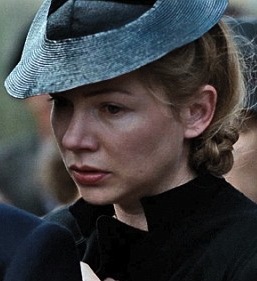 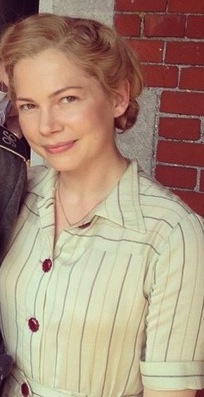 (And it’s quite pretty – albeit blurry – from the back, too!) 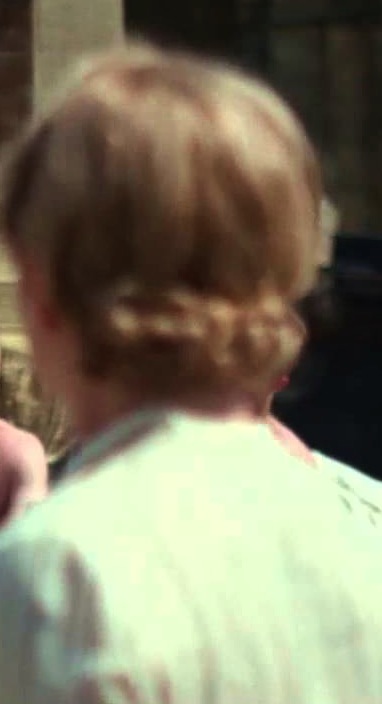 Naturally, she does “let her hair down” from time to time… and looks equally fetching (and slightly Veronica-Lake-esque) in that guise: 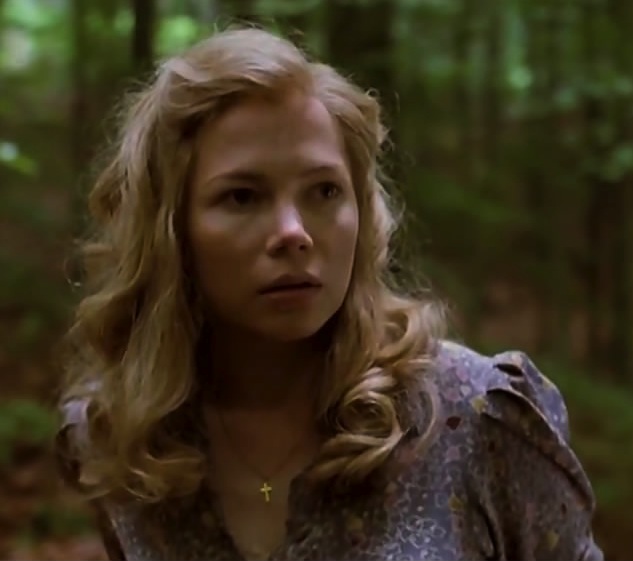 I think the hairstylist was spot-on in deciding to present Lucille in this manner, with a “purity” of appearance that mirrors her essential goodness. After all, this story (it seems to me) is about the need for human decency and mutual aid, and also acknowledges the basic universality of feelings amongst people of all different backgrounds. A worthy message!